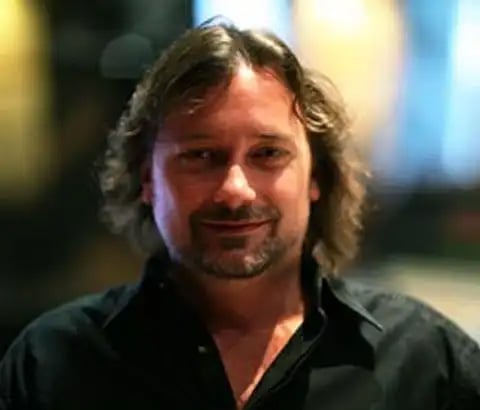 So how did it all come about?

Nelson had been researching film schools and was having trouble finding a program that would help him get the skills he needed in a relatively short period of time. Speak of the film schools he researched, he says, “They all have a program [that takes], like two years, three years. A person like me who has a lot of responsibility…cannot do two years.”

As it turns out, the mentors Nelson ended up signing up with were slated to start work on a documentary in the Philippines. Nelson decided to take the plunge and join them on-location. As a minister and businessman, originally from India, Nelson has a deep interest in helping people and playing a role in improving the quality of people’s lives. The project in the Philippines seemed almost tailor-made. Dream Team directors, mentors Bayou Bennett and Daniel Lir would be shooting for the nonprofit organization Hope For the World, founded by Lourdes Duque Baron, whose focus is to get disadvantaged people the medical treatment and surgeries they need to live happier, healthier lives.

Right from the start, Nelson was getting trained on-the-job and totally hands-on. “I was learning how to make a questionnaire for the documentary when you are taking interviews, and then, how to set up the lights, how to handle the camera, the questions to ask, the focus and everything, and of course after that, [the] editing.”

Speaking of Nelson’s training, Bayou says, “A documentary is a specific thing. You can’t talk, you can’t laugh when you are doing an interview. You don’t want to be heard on the camera, and so I’m teaching him how to interview, [with] Daniel teaching him the framing, the color, white balance. We taught him everything, like how to use his camera…I think he learned a lot.” And what Nelson was learning in what mentor Daniel Lir calls his “little lab” while on the road, was something that has great commercial and philanthropic potential. “We had him shoot some footage, look at it, analyze how to improve it and go re-shoot and look at the footage again…I think it is really important for a filmmaker not to just know how to write a script, but to know how to do all the genres that you can possibly get hired to do.”

Even though Nelson was already tuned-in to the realities of mission work, filming the documentary was definitely not for the faint of heart, it was hard, tiring, work.  Seeing the doctors and medical personnel come together to change someone’s life was “a joyous thing also, but it’s hard to think how many people are in need in the world. You can see the need so that hurts you…When you see people’s faces… you know, the sacrifices the doctors are making…somebody’s had a surgery, and then you see them and everything is fine for them and their family.  When you see their smiles, all tiredness is gone.”

As for shooting in the operating room, Bayou and Daniel tackled that bit of the work. Speaking of the experience, Bayou says, “I’ve never put on kind of like sterile clothing…going into the operating room having to film. It was very intense. But seeing how the doctors came from the United States on their own dime to help these people and did 60 surgeries a day. People that had conditions that they could never fix, ever, and seeing how they help these people was totally inspiring. But to also spend a day with the surgeons and see[ing] what they have to do was really something.” So, now that all Nelson and his Dream Team mentors are back in the States, what’s next?

Well, Nelson’s working through the edit of the footage for the Hope For the World project and while he’s doing that, he’s seeing how he and his mentors can set their sights on making a few documentaries in India and feature he describes as “Hollywood and Bollywood combined.”

Congrats on all the great work Nelson and our fabulous Dream Team directors Bayou and Daniel! We are so proud!