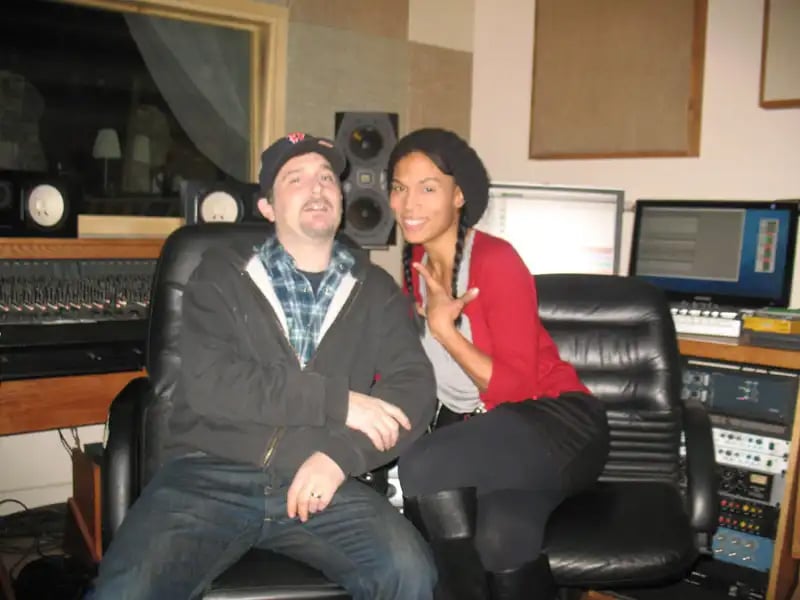 Sebastian Lefeld is Doing it 100% Driven might as well be Recording Connection graduate Sebastian Lefeld’s middle name. Months after completing his externship with Dave Mikeal at StudioLive USA in Orlando, Florida, Sebastian took the plunge and moved to Miami. He was smart about the way he did it. Instead of just quitting his day-to-day job as a server at Outback Steakhouse, he put in for a transfer and when it came through, packed up and moved The Magic City. Well keeping his focus sharp and willing to give it his all has paid off quickly for Sebastian who, as we’re writing this, just completed working with Billboard sensation Shawn Mendes (pegged as the next Justin Bieber) and reggaeton singer J Balvin!

So how did it all start? Well after landing in Miami, Sebastian hit the ground running knowing his prime objective was to get his foot in the door of the biggest, baddest studio he could find. So when an opportunity for an unpaid position to work at Freddy Vindver and John D. Thomas’ Big Wall Studios and Miami Studio City District was on the table, Sebastian took the position and made it pay off!

Here are a few words from a recent interview with Sebastian:

Sebastian: It’s awesome. It’s a little bit bigger city than Orlando, so it’s a little bit more hectic, but the scene is huge down here man, especially for studios. It’s wild how busy it is.

RRFC: Like when Carlos Santana comes in, are you helping track him or?

Sebastian: No. He came in for a rehearsal. He was starting his tour and the same thing with Chayanne. They were starting their tour, their concert tour. So they came in to do the full rehearsal, with the whole crew, front of house engineers, monitor engineers. So we had a ton of equipment…My main job was really more of an assisting job. It was more like making sure that all the engineers in the studio were helping unload the trucks and everything, setting up and then there always has to be an in-house engineer in every session. So that was me right there, when they needed help with the patch bay or when they needed to find a connection, get different cables or whatever. So it was more like an assistant engineering job that I did for Santana, and that was an amazing experience. That was really wild.

RRFC: Absolutely. Did you have any misconceptions about the business side of things that Dave helped figure out?

Sebastian: I think it was just me being immersed in the studio every day. You start to see patterns, and you really see the dynamics of how everything works…My first interview with Dave, I told him that I had been messing around with Pro Tools since I was 13 and I learned a lot on my own before school. So he liked that. He liked the fact that I wasn’t going to be thrown blindly into one of those complicated DAWs. But besides that, I don’t know, we kind of just hit it off. It happened super quick. One day I went in, we talked a little bit. He asked me if I played any instruments or anything to just have that theory background as well. And after that, we started right up. Dave doesn’t really like to mess around. He’s not a guy who likes small talk. If he’s going to say something, it’s probably going to be important, and that’s it.

RRFC: What was about EQing that you found the most interesting? Was there anything like stuck out, that made you think, “God, I should have known this before?”

Sebastian: Yeah, absolutely. I used to think that you have to EQ everything, but I had no idea what EQing meant. I knew that it was dealing with the frequencies and all that, but I didn’t know why people did it. I didn’t know if it was because it sounded good or whatever. Now I know, when you’re creating a serial image, there is only so much room for each theme to stand out. So you need to make room for other instruments that are more important, or other vocals that you want to stand out or things that you want to be in the background. You have to EQ them certain way, so that they are not all muddled up together.

RRFC: Have you yourself brought any clients into the studios yet?

Sebastian: Yeah, I have. I brought a couple at Dave’s Studio, the new studio that he had at Studio Live. I was actually one of his artists as well, and right after I graduated we recorded a single together. So we’ve been pretty excited about that… Over here (in Miami), I’m just now starting to make the connections with artists down here in Miami. So just now is when I’m starting to get calls and inquiries about the studio and all that. But I think that’s definitely something that’s super important in the industry too, is you can’t forget the business side. You have to try and find people to come in. I feel super lucky to be here. They put me to work right away and then I worked with Santana on the sixth, and that was a Friday. The next Monday after that was when I got offered the full-time position, which is amazing because I’ve only been here at this studio since January first. So I have only been here for about two months and then John D. Thomas sat me down and he was like, “Listen man, we are a good fit. If you want the full-time position, it’s yours.” And the day after I went into Outback [Steakhouse], which is where I used to work and I said, “Look you guys, I’m done.” So now I’m just full-time in audio and it’s awesome.

RRFC: What advice can you give to people who want to work in audio?

Sebastian: Get ready for long hours and a lot of days. I’m here (in the studio) at least six days a week, sometimes seven…But if you’re going to get into this industry, it’s because you love it. When I used to work at a restaurant, 2 hours could feel like 10, but 10 hours in the studio feels like nothing…Time goes by quickly when you’re having fun…The only way to make it is to do it 100%!

For more on Sebastian and his experiences, read the newsletter!