Blog   »   Recording Connection mentor Thom Flowers is All About the Music 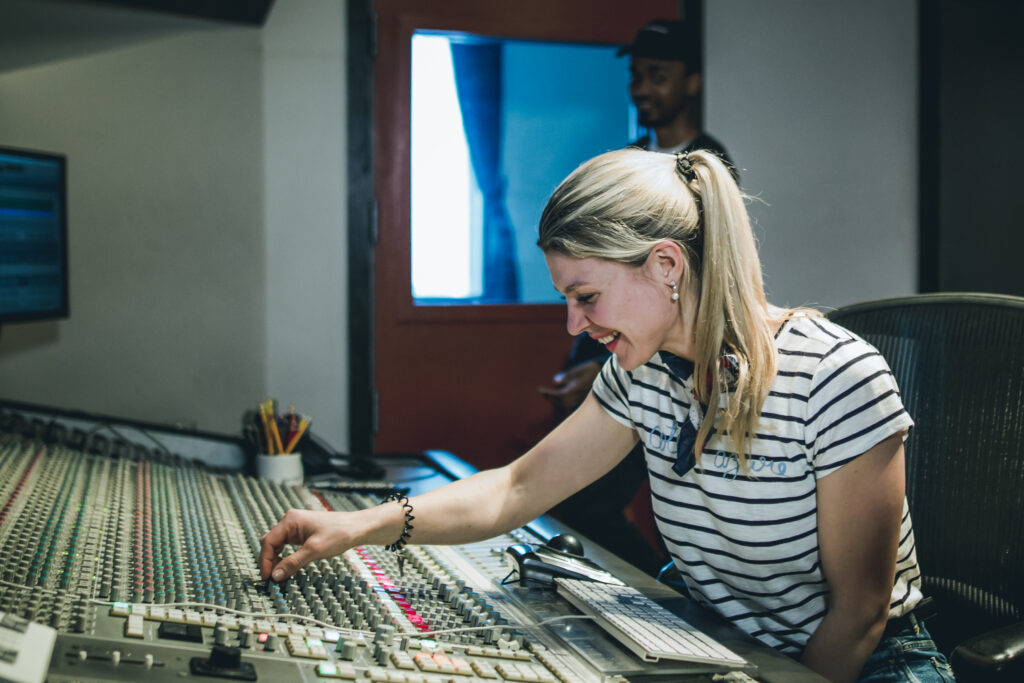 Recording Connection mentor Thom Flowers is All About the Music

A long-time music industry veteran, Recording Connection mentor Thom Flowers cut his teeth on the West Coast rock and punk scenes, eventually landing in Santa Barbara, where he worked with bands like Sugarcult, Mad Caddies and The Ataris (for whom he engineered their gold record So Long, Astoria). Today, Thom has his hand in a lot of pots in Santa Barbara, whether it’s writing and composing for film and TV, recording bands in his studio, or playing and touring as a guitarist. His musical outlook on engineering makes him a great fit for creative musicians looking to expand their technical chops.
[break] In a recent interview with RRFC, Thom gave us a glimpse into what makes him tick as an artist, from his history in the Santa Barbara scene to his feelings about keeping things “all about the music.” As always, there are some key nuggets of wisdom for our students as well!
[break]

RRFC: What initially got you into engineering?
[break side=”left”] Thom Flowers: I started off as a guitar player, played in lots of bands and got a 4-track to record demos on, and just fell in love with that part of the process. Eventually, after recording demos in different studios, I felt I could do better, so opened my own studio and did that for a while, and then ended up working out of a studio here in Santa Barbara called Orange Whip with a friend of mine, Angus Cooke, and did a lot of work there for about 10 years all through the 90s. A lot of bands came out of that studio…The Ataris, Lagwagon, Sugarcult, Mad Caddies, too many to name, really.
[break side=”left”] RRFC: When you’re working with a band like The Ataris, how was the process of recording them different from, say, when they were on Kung Fu to when they moved to Columbia and had a bigger budget?
[break side=”left”] Thom: Well they took a lot more time. On tight budgets it’s all about getting in and getting out as quickly as possible. With a budget, you have the leisure of taking your time and not rushing things and if you feel something is not quite there you can keep pushing for what it is that you have as a vision. Whereas the tight budget, you have a band, they sound like X and you try to capture that sound, you’re creative and coming up with new parts and make sure the songs are tight and all of that, but you’re working really quickly.
[break side=”left”] RRFC: What other kinds of businesses and clients do you work with there in Santa Barbara?
[break] Thom: I do a lot of songwriting for film and television, just kind of on my own and with co-writers. I do mixing for a handful of producers in various places in the country and occasionally I’ll produce a record here and there which sometimes I do out of my studio or partly out my studio.
[break] RRFC: You said you are writing a lot for television. Are there any projects you’re allowed to name that you’re working on?
[break] Thom: I had a song in a Budweiser campaign, lots of stuff on MTV shows, the list goes on. Also some major network shows.
[break] RRFC: So at what point did Recording Connection come into your daily routine in your studio, and what made you want to teach and pass along this knowledge?
[break] Thom: Well, a friend of mine actually recommended me…I knew somebody there, and [they] recommended me; I didn’t know anything about it. But it’s something that is getting lost today with recording studios…We’re losing that mentorship that used to happen. A lot of my favorite engineers and producers started as runners, making coffee and taking out the trash, working their way up and learning the craft. Now, you can just get a computer and a couple of microphones and record your own stuff, which is great and opens up a lot of doors creatively, but I think there is a lot of wisdom and knowledge that isn’t getting passed down.
[break] RRFC: Do you ever find yourself having to fix people’s stuff that they try to record at someone’s house? Do you ever get a session of stems that were just recorded poorly?
[break] Thom: It happens a lot when I’m mixing. Sometimes I’ll take on a project that was started and not finished, and we will do our best to salvage what’s there and then build on that…I know how they want it to sound, they’ll list things that I’ve done or things that, references that they’ll send me and me, and it’s nowhere close to that. And I’ll be honest, I’ll say, “The drums aren’t tight, or the vocals need a little tuning, or maybe we should re-record this guitar?” But yeah, there’s a lot of rescue going on.
[break] RRFC: Do you ever use those sessions to kinda teach students how to work on things? Do you ever use stuff like that?
[break] Thom: Yeah, oftentimes I will bring up something I’m working on currently that relates to the lesson that they’re on or maybe a lesson that’s coming up. Absolutely.
[break] RRFC: What’s the one thing that you think that up-and-coming engineers need to focus on and work hardest at in this day and age?
[break] Thom: I think there’s a lot of information out there, technical information about recording, equipment, plug-ins, and all of that; and it’s all great, but it still comes down to music. I think, learn the technical side, absolutely, but remember that it’s still about the music…I’ve done the same thing. I started a musician, I’m still a musician, and I definitely spent many years focusing on the technical side and forgetting about the music. My best work is done when I’m purely listening to music. It’s good to have the tools to get it where you hear it but remember, it’s still about the instrument. You can have the greatest microphone, mic…and compressor in the world, but if the instrument isn’t where it needs to be or the performance isn’t there, it doesn’t matter.
[break][break class=”no-mobile” side=”left”]