Recording Connection mentor Jason Intille’s (aka J-INTELL) career has evolved to the point that he’s now one of the most in-demand mixing and mastering engineers in the bay area. As the founder of Omina Laboratories, Jason has worked with clients such as E-40, T.I, Tech N9ne, Mos Def, Sage The Gemini, Chino (Deftones), Robert Brookins (Earth, Wind & Fire), Baby Bash and Roger Smith (Tower of Power) among others.
[break] In the following interview with RRFC, Jason shares a bit of his backstory, discusses his fluid approach to mixing and talks about the benefits of learning in the studio rather than in a classroom. Enjoy!
[break] 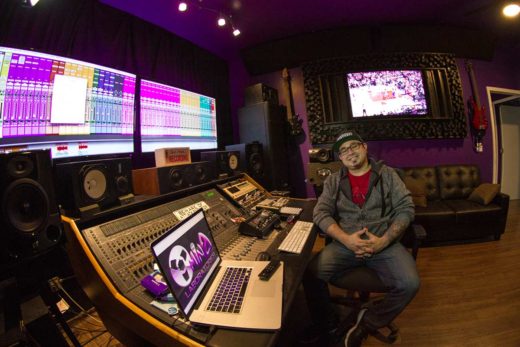