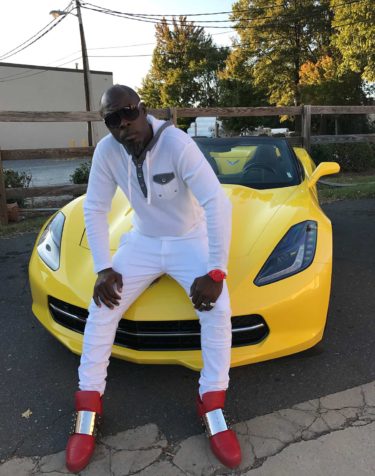 RRFC: How do you stay inspired? It seems like for creatives who work professionally, we have to measure our own level of interest and inspiration and know how to keep that well full.
[break side=”left”] Ira: Right…The thing is how do you keep the flair and fire going? I do weird things…[For example,] if I want an adrenaline rush and I need it on a track, I’ll [rent] a Corvette Stingray, dual exhaust turbo, like something dumb, and I will drive that thing for the weekend and just keep revving the engine, and it gives me ideas. It’s just the feeling in the drive, the rush, it makes me feel that adrenaline, and I’ll take my ideas on my phone and I go to the studio and I put that record down. I’ll start the beat and then I’ll go somewhere.
[break side=”left”] RRFC: Can you tell us about some of your students and recent grads that have stood out to you?
[break side=”left”] Ira: Absolutely. Wes Hagy—cool dude. Totally cool guy. Really great. The clients loved him here…The cool thing about Wes, Wes did the program here in North Carolina…We even hired him for a couple small jobs, and he got so inspired he moved to the West Coast. He moved to LA and he’s starting up his own studio out that way and doing production… Julia [Putintsev] is very outgoing…I think it’s super awesome that females get involved in the industry, and I don’t think there should be any type of waiver because she’s a female. I think females are just as great as dudes, and everybody has a great opportunity. I don’t see it any other way, and what she was dealing with at the time was her friends were kind of doubting her because she wanted to do music, and, “Girls don’t do stuff like that,” and I’m like, “Dude, are you serious? Yes they do.” And she was telling them the same thing. So what did she do? She got herself a new set of friends like I told her, and she came in here with her heart, her mind, and her soul like, “I’m going to do this, I’m going to be one of the baddest females ever to step into this business.”… Daniel Katan, which actually I’ve really taken a liking to, and I’m literally training him on my own…I’ve taken him under my wing along with doing the master’s program and training him also in studio management and everything, because he has a background as a financial advisor before he even got into this, and he’s really a good people person, and I need that type of spirit…Chris Hancock is every day going, “When can I come in? When can I come in?” I’ll get questions at all times of the day, all times of the night. I’m really busy but I love the fact that he’s eager to throw questions out, and he always listens particularly a bit closer than everybody else…I’m fond of all of them…Some of them stick out more than others by the questions they ask, the stuff I don’t think they’re picking up, and they pick up on it and drill me on it later…that type of eagerness is exciting because I know you’re learning. I know that the program for the Recording Connection works. I think it’s a wonderful program.
[break][break class=”no-mobile”]