Geoff Gray on Transmitting the Legacy and Learning from Les Paul 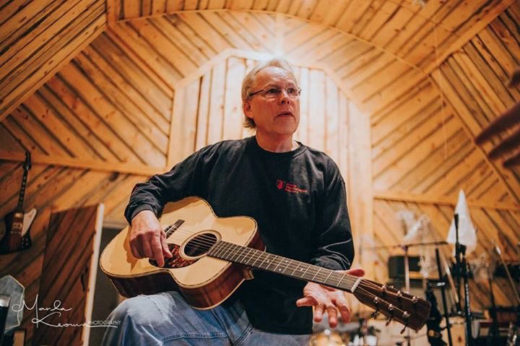 Geoff is passing on his hard-earned knowhow to his current Recording Connection student Alex Stricker who’s soaking it up day-by-day and who he says is ‘completely capable of doing everything in the studio that I can do.’”
[break side=”left”] He also brags on Ben Fausch, his former Recording Connection extern who got hired at the world-renowned Avatar (formerly known as Power Station) shortly after graduating the program. Geoff laughs as he relates the situation his past apprentice found himself in right on day one:
[break side=”left”] “I got a text from Ben that said, ‘Well, I had my first day,’ and I texted back saying, ‘How was it?’ and he said, ‘The hardest day of my life.’ And I said, ‘Why?’ He said, ‘Not throwing up on Paul McCartney when I was taking his lunch order was the hardest thing I’ve ever done. I was so nervous. I was ready to just die.’”
[break side=”left”] The stakes can get high fast when you’re preparing tomorrow’s engineers with the skills and insight it takes to work with artists of every stripe, including the legends.
[break] For Geoff, excelling in audio engineering and music production requires tremendous drive and a sense of discovery. The nature of recording back in the day, having to tackle technical feats with hairline accuracy, such as “punching in” upwards of two to three hundred times a day, engendered a work ethic he thinks up-and-comers would be wise to emulate:
[break] “It created really talented people who were forced to work under unbelievably hard circumstances, and know music because you couldn’t just look at the screen and go, ‘I think I’m going to punch sort of around here.’ The need for accuracy built one’s engineering chops in a way that’s not possible now.
[break] I just think it’s kind of boring to sit down with students and tell them what hell I went through recording on a 4-track half inch Apex machine. They kind of glaze over because, and they should, because why would anybody even worry about that now?
[break] But it was absolute hell to not have Undo!”
[break] [dts_sharebar] [stars] [break] [/read-more]