Blog   »   What is Resonance in Music Production? 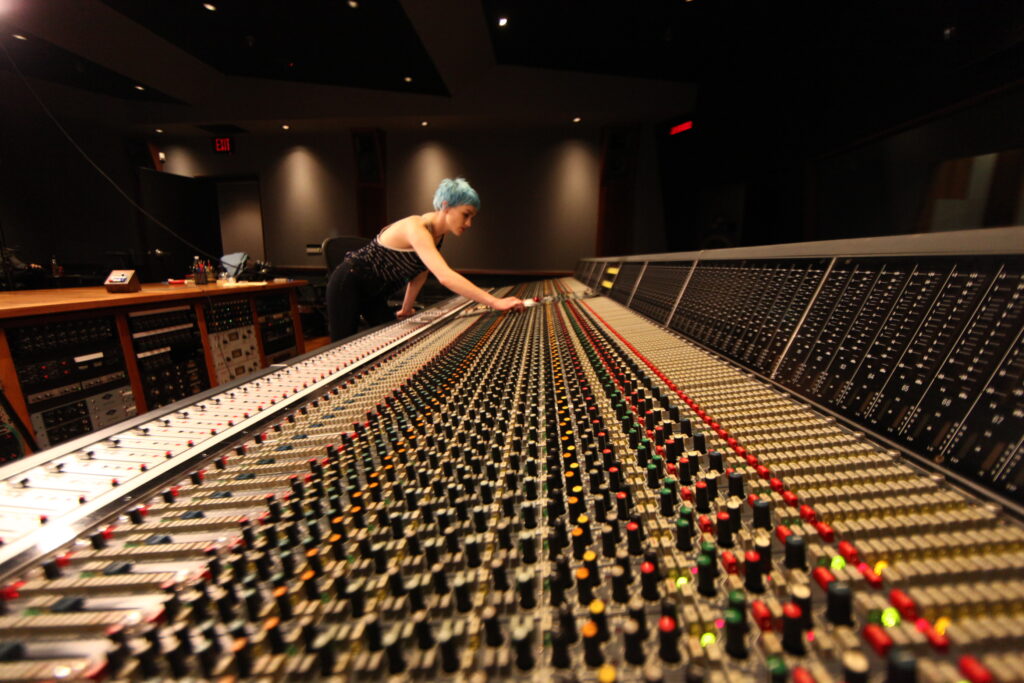 Resonance is what happens when a consistent force is applied to an object, causing vibrations that match the natural vibration of the object. We’ll try not to turn this blog into a science class, but vibrations cause sound waves. Maybe you’ve seen someone wet the tip of their finger and run it along the rim of a wine glass to make a noise. That noise is reached when the natural vibration range of the glass is met. So what is resonance in music production?

Generally speaking, resonance is the frequency at which objects like to vibrate at. One way to think about it is when you strum a guitar string, the sound it makes is the specific frequency that the string likes to vibrate at. Different strings like different frequencies, which in turn make different sounds in the body of a guitar.

That resonance is what you hear. Bells come in different shapes and sizes and depending on where the clapper (the object inside the bell that swings and hits the sides of the bell) you’ll get a different resonant frequency. The same is true for all instruments, from strings to percussion to woodwinds, and so on.

That’s why each instrument is shaped the way it is. Other factors that play into the vibration of the object include the size, material, or tension–also known as the resonators. These are all part of the acoustical resonance that works together to make a specific sound.

But too much vibration can cause issues. Consider the wine glass: it can be made to vibrate at a certain level by running your finger along the rim. But if it’s made to vibrate too much, for a sustained amount of time, it can shatter. Think about an opera singer holding a specific note long enough to make the glass vibrate to the point of breaking.

What is resonance in music production?

That same resonance can affect how your music sounds. Obviously, there has to be a certain amount of resonance to get the instruments and even vocals to sound just right. Too much and the sounds can become overbearing and harsh. Consider the feedback or distortion you hear during recording or playback.

There are a few reasons this can happen when trying to record music. The acoustics of the room could be compromised or there could be issues with the recording system in place. The result is vibrations and sound waves crashing into one another and causing a mess.

Removing these annoyances during the recording could be taken care of by the audio engineer. It could be a matter of a failing recording system or even the acoustics of the room. However, resonance isn’t always discernible during a session, so it must be taken care of when mixing or mastering the finished product.

Learn to Remove Resonance in Music

There are a few ways you can clear up the unwanted resonance in your tracks. Using a high-quality equalizer (EQ) plug-in, you can manually go in, find the resonance, isolate, and lower the gain on the frequency. There are other plug-ins that will do this for you automatically as well, but learning how to do it manually is an important part of mixing your music.

The Recording Connection Audio Engineering and Music Production Program will help you understand what resonance is and how to remove the offending vibrations in your music. It’s just one aspect of a digital audio workstation that you’ll master during your one-on-one time with one of our mentors.

Understanding the natural frequencies of musical instruments, how their resonant vibrations can be manipulated, and why resonance occurs in the first place are just some of the recording aspects you’ll be covering. Our mentors are industry professionals working in real-world recording studios, producing the music you listen to today.

And they’re eager to teach the next generation of audio engineers and producers. Are you ready to amplify your life? Apply today.