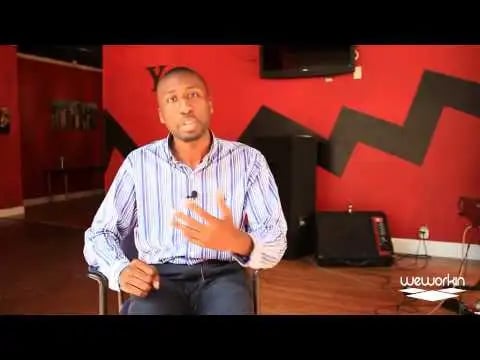 Radio Connection apprentice Sherry L. Scott is on a Mission Sherry L. Scott is proof-positive that it’s never too late to follow your dreams. An auctioneer for more than three decades, she’s accustomed to using her voice for a living. Now, she’s apprenticing with mentor Percy Holland AKA Percy Ray and is working towards developing the skills she needs to work in radio and attain a very specific list of goals. Want a lesson in what it means to be proactive? Read a few excerpts from our recent interview with this remarkable Radio Connection apprentice.

RRFC: So word is that you’re an auctioneer by trade.

Scott: Yeah. I went to school in Mason City, Iowa. There were 127 students, 10 were women, and I was in the top three.

Scott: Yeah. So. But I only do charity stuff now.

Sherry: Doing my [part to] pay it forward. Yeah. But I’ve got to get out of the auctioneer voice because I tend to talk really fast a lot. So we’re working on that and where I slow down my pace a little bit for just regular radio. Now commercials are different because you’re sometimes on a 30 second, or 15 second, or whatever, where you’ve got to do a quick interval or something like that, but as for just back and forth between, I’ve been really working on my tempo on that.

Scott: My step-dad was, well still is, he’s a radio DJ up in Kansas. And so I was kind of raised with that a little bit. And when I was in high school, we had to go out to the radio station and do the weekly bulletin. And nobody ever wanted to go and do it, so I did that. But due to my background and all that, I was in agriculture more than I was anything else. But then when I moved to Texas, the opportunity came that I could switch careers and do whatever I wanted. And so I’ve always loved Texas country music and that’s what drew me to it. And I love the radio stations in Texas. They’re so abundant and they play such good Texas music so I just kept getting drawn back to it.

RRFC: In your opinion, how does Nashville County Music differ from Texas Country Music?

Scott: They live it [in Texas]. They don’t just sit in the studio and write it. And everybody that I’ve met in Texas Country, and I’ve met a lot. I’m involved with Larry Joe Taylor Festival which is a big, huge, huge music festival. … The cool thing about it is, I can walk up to William Clark Green, who is a top name, he’s on the charts, he’s got number ones, and he looks and he dresses exactly like me. And I know who he is and I’ve met him enough times that he recognizes me. That’s not going to happen at a Nashville concert.

RRFC: Your mentor Percy Holland AKA Percy Ray hosts a Christian Hiphop radio show and you’re into Country Music, have you been able to bridge the divide? Scott: When we met, I’m like, “Okay. First of all, I’m an auctioneer. I’ve been an auctioneer for 35 years. I can’t understand that [hip-hop music].” And he says, “Oh no, no, no. Don’t get confused with rap and hip-hop.” I’m like, “I didn’t think there was a difference.” So he’s taught me that. And I said, “Okay.” So, I’ve actually downloaded some of the songs that we play on the radio. And so, what has happened now, Percy’s like, “So, what do you want to do? Where do you want to go?” I said Texas music. “It’s really simple. I want the 7:00 to midnight shift at the radio station so I can do all the cool stuff and meet everybody during the day, and go out and do the giveaways, and the remotes, and then go do my radio show from 7:00 to midnight every night.” And he goes, really? And I said, “That’s what I want… Whatever it takes. Whatever stepping stones I have to hit to end up in Texas music, that’s what I want.” And he said, “Oh, okay.” He says, “Well, do you know Jimmy Jones?” And I said, “Yeah. He’s on my Twitter feed and he’s on my Facebook.” And he goes, “Really?” [He’s a] Texas country artist. He’s a black man, and can play and sing like there’s no tomorrow. He’s going to be on our show this Saturday night.

RRFC: So you’re saying worlds do collide. What do you make of the experience with your mentor so far?

RRFC: You mentioned that you would be interviewing artists at the next Larry Joe Taylor Fest.

Scott: Yeah, I work at the festival. I help them at different locations throughout the festival. I fill in, I mean, I do everything for them. I take registrations for the club, the T-bird club. And that gets me right next to all the people coming in and out, all the artists. It’s just down-home. Not to be a cliché, but it’s down-home. But this year, because I’m in radio school, I’m going to do some one-on-one interviews with these artists that I know and that I meet.

We can’t wait to hear how those interviews turn out! Go get ’em Sherry L. Scott!