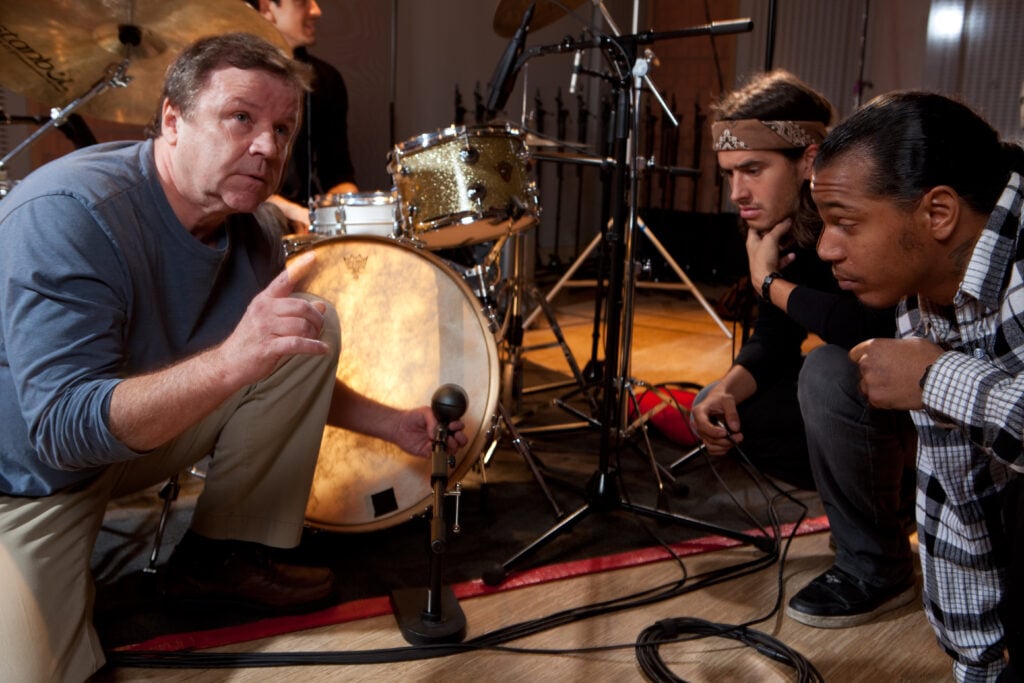 Making movies is hard. Making movies on an indie budget is even harder. Making movies on an indie budget with good sound? That’s a herculean task that very few people accomplish. For whatever reason, having audio in a low-budget film project that’s actually good seems like a near impossibility.  If you can manifest this? Your movie will appear infinitely more put together. Even though this process is incredibly difficult, so few people even realize what is involved in capturing the audio. There is a whole team of people that dedicate their lives to making sound for movies, and it is this team that is often taken for granted. Let’s give them a bit of credit now, shall we?

Who is Responsible for Audio Recording for Film?

As should be expected, there is always a Lead Sound Operator. This person might fall under the title of Sound Manager, Sound Director, or a number of others, but in essence, this person is the one that leads each of the individual team members and ensures that everyone is doing his or her job. Other members of the team include the Sound Designer who is in charge of coming up with ideas for the audio, the Sound Mixer who is in charge of making those ideas come to life, and the Sound Editor who is in charge of post production edits.   Different places of employment will have different titles for the people behind the audio for film, but the jobs remain the same overall. In essence, the sound people are responsible for setting the mood of a scene and bringing a new dimension to the setup already created by the scenery and characters. The sound crew really brings life to a film through daring sound effects and soundtracks that make viewers see things in a certain way. Small details, textures, and elements are layered throughout a scene in order to fully illustrate and build out the world of the film. They will design how the audience absorbs the effects, how they’ll be heard, and where they hear them in the film. Some of these choices are almost invisible to the human ear, but when called out and really examined add brilliant context to the final project.   There are a lot of tricks involved in making sound for a movie. A broken bone might be made to sound that way by breaking spaghetti noodles in front of a microphone. Feet squishing into the ground may be nothing more than crackers. Improvisation becomes a key part of the job at this point because sound developers really have to show their creative side. The strange solutions are often the best ones.

To get involved in the sound crew for a movie, you have to start off with the right education. Through some vocational training, you can learn how to work with the various equipment necessary for the job so that you can troubleshoot when need be. You should be able to fix problems that come up at a moment’s notice, so be prepared to learn about the technology you use.  There are YouTube videos and tutorials that can teach you the theoretical of this trade, or you can choose to go to a four year university to get a degree. One of these paths requires you to be an autodidact, someone who can teach themselves, the other is expensive and takes a long time. However, despite each of these being valid paths forward, there is a third way to break into the industry.  You can get an internship in a studio, and that might get your foot in the audio for film door. Really, it’s all about connections, so put on your people face and start mingling with members of the industry. If you make the right kinds of connections early on, you should be all set for a rewarding career. The audio engineering and sound design worlds aren’t as much concerned with if you have a degree or diploma, they’re much more concerned with your knowledge and skills. It’s a business that’s craft oriented. Are you able to do the thing? Are you able to really go out and perform the task that you’ve said you can? That’s all that matters. The real hurdle is just making sure that you know enough people to really jumpstart your career.  And that’s where an internship can come in handy. You can develop your skills in a hands-on environment and you can make connections to be able to get paid for those skills. Sooner than you’d probably believe, you’ll be able to turn down work because you’re going to be so busy.