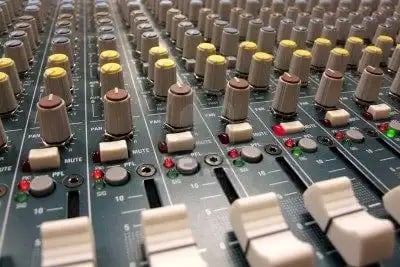 It’s something we tell all our students: when you extern in a real recording studio with a mentor, you’re not only learning audio engineering—you’re auditioning for a job. Impress your mentor, and he might just hire you! That’s exactly how Thomas Dante played it, which is how he landed an ongoing job in Houston, Texas at his mentor’s recording studio!

Tom has been active in the Houston music scene for some time, and still plays in a band that formed while he was in high school—but he also knew he wanted to learn the audio engineering side. “Since my sophomore year in high school, I’ve kind of set my mind on the audio recording and started to get into that, recording personal albums with Garage Band and that kind of stuff,” he says.

But in searching for schools, Tom found himself in a dilemma. “I actually had originally wanted to go to Texas State for their sound recording program there,” he says. “But you had to be accepted into their music program in order to get into the sound recording program, and I’m not as proficient a player in a like classical sense.” He then tried an online program with another known school, but wasn’t satisfied with that, either. What he really wanted, he says, was an externship.

“I just work best one-on-one,” says Tom. “When there are more people there, I find it harder to get my voice in and all that kind of stuff…School wasn’t really a strongpoint of mine, so the classroom really wasn’t for me, I figured.”

Tom’s solution came in the form of an externship with the Recording Connection. As it turned out, one of our top mentors, Ernie Wells of Eighth Note Productions, was located right there in Houston not far from where Tom lived. It was serendipitous in more ways than one.

“I immediately clicked with Ernie,” he says. “It was very convenient for me, not only in that sense [of being close to home], but also once I finished up with the program itself, Ernie had me keep coming back to work on sessions with him and assist in the studios.”

And that’s where one of the greatest benefits of on-the-job training came true for Tom: he impressed his mentor to the point that he was offered a job. “[Ernie] he had a couple other guys that were helping, out and he wasn’t really happy with them,” he says, “So when I finished my program, he had taught me everything that he would want running on his system, so he figured, why not hire me on? So I went on to work with him and that’s been great. He’s been able to step away from the audio side and I’ve been able to take over that. I’ve [also] gotten a few raises since working for him there.”

Now doing what he loves, Tom continues to work in Ernie’s studio while continuing to perform with his band, a local alt-punk outfit called Schoolyard Survival. His skills have also given him a great track to run on for the future, including building his own studio, which is already in the works.