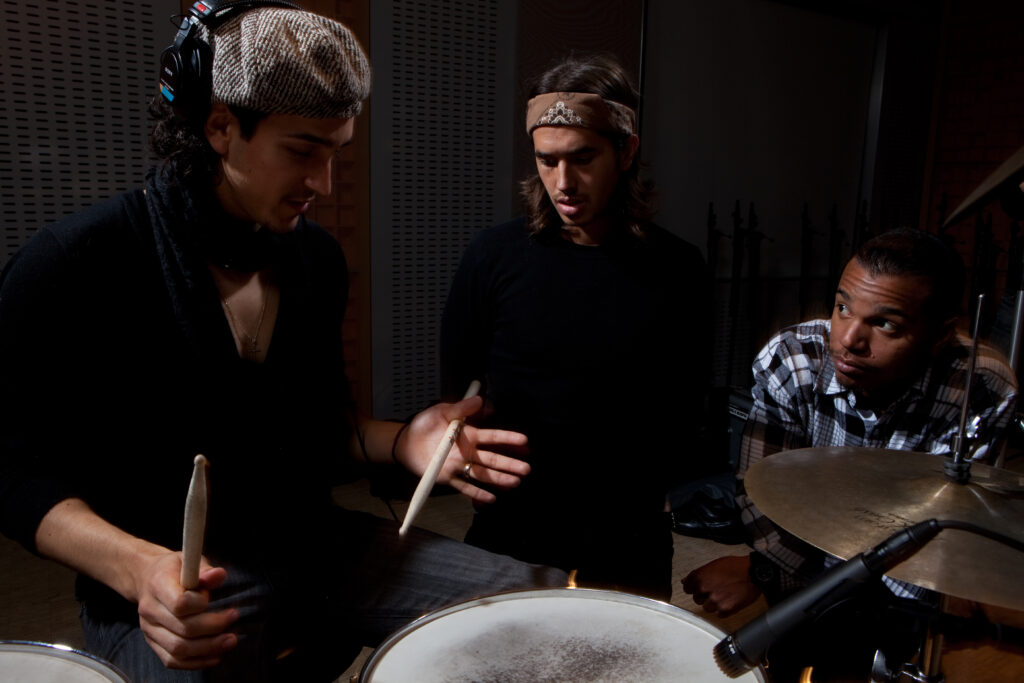 If you’re considering a career as a professional studio musician, you might be wondering what it entails. The truth is while life as a studio musician can be both rewarding and lucrative, it isn’t all glamor and hanging out with rock stars. Being a good studio musician requires hard work, discipline, and a high level of commitment to your craft. If you’re considering this as a career path, it’s important to remember that the studio musician lifestyle is gig to gig. If you’re not someone who’s hustling, you might not be the best fit for this career. Being a studio musician means you have to have the type of personality that’s good at making connections. Meeting people and instantly being able to become friends with them. If you’re a shy or timid person, there are plenty of careers that would suit you better. Being a studio musician is just as much about how well you network as it is about your skills as a musician. Here’s a quick overview of what to expect if you’re thinking about being a musician-for-hire in the recording studio.

EXPECT TO BE CALLED AT ODD HOURS

As you’ve probably already figured out from working with your mentor in the studio, recording studios can operate at all hours of the day, and lots of tracking sessions take place at night. If you want to land gigs as a session player, you’ll need to be available at all hours, as well. Your skillset is valuable, yes. But musicians are creative people and they find inspiration at all times of the day. Because of this, you’ll be called in to metaphorically pinch-hit on more than one occasion. You need to be ok with the fact that you might be sitting down for dinner and then you get a call asking you to come record. It’s less of an “if” thing than a “when” this happens to you.

EXPECT A “FEAST-OR-FAMINE” SCHEDULE (AT LEAST AT FIRST)

Life as a studio musician means you work when the records are being made. This often translates to working long hours while a recording project is in session, followed by periods of lull between projects. It’s very important that during these down periods you’ll need to be disciplined with your money spending habits. You don’t want to go broke in between gigs. Of course, if you are good at what you do and the word spreads, you may actually find yourself having to turn down projects to get a break. This is the dream scenario that every studio musician hopes for.

LEARN TO WORK WITH LOTS OF DIFFERENT PERSONALITIES

As a session player, you’ll work with some artists and producers who are pleasant, and some who are… not so much. If you’re going to make it professionally, you’ll have to learn how to deal with all kinds of personality types and temperaments in a diplomatic way. Your diplomacy and patience will be just as important as your ability to play your instrument. The music industry runs on connections and friendships, so you better make sure you’re nice to everyone. If you’re not? You’re going to be in real trouble. It’s going to be pretty tough to pay rent if you’re rough around the edges.

LEARN A DIVERSITY OF STYLES

If you’re a niche player in a specific genre, you’ll only be called on for a limited number of projects. That’s going to make your life a lot harder. You want to be known as someone who has an immense amount of skill and is the best player regardless of genre. Unless you’re the only person in town who plays your particular instrument, you won’t be able to charge enough as a “niche” player to make it worth your while. The more musical styles you master as a player, the more gigs you’ll have access to.

LEARN TO GET IT RIGHT THE FIRST TIME

In the studio, time is money, and producers and artists won’t waste time on session players who need lots of takes to get their part right. As a session player, you’ll have to work under pressure, and you’ll need to master the craft of creating great parts and getting them right within a couple of takes. This means fewer paid hours in the studio per gig, but it also means a lot more gigs, which more than makes up for the difference.

EXPECT TO WORK WITH LOTS OF GREAT MUSICIANS

As you build your chops and get a solid reputation in the industry, you’ll be called into work with lots of other great session players who are also hired on projects you’re playing in. If you love the challenge of working with incredible musicians, this is a part of the job you’ll love. And yes, you’ll probably also get to work with some famous artists. And if you’re up for it, you might even get hired to tour with some of them. In short, life as a studio musician takes lots of work and dedication, but if you’ve got the talent and the passion to succeed, it can be the best job in the world. Being a studio musician is a great career path for the right type of person. It’s a wonderful job that will be a highly lucrative endeavor for the right type of person. If you have the right blend of social liquidity, face-melting abilities, and a kind personality, a studio musician is definitely the path forward for you. The only question is how do you make enough connections to break in? Simple, just start playing. The more gigs you play, the more people you meet, the more connections you make, the sooner your future will be here.