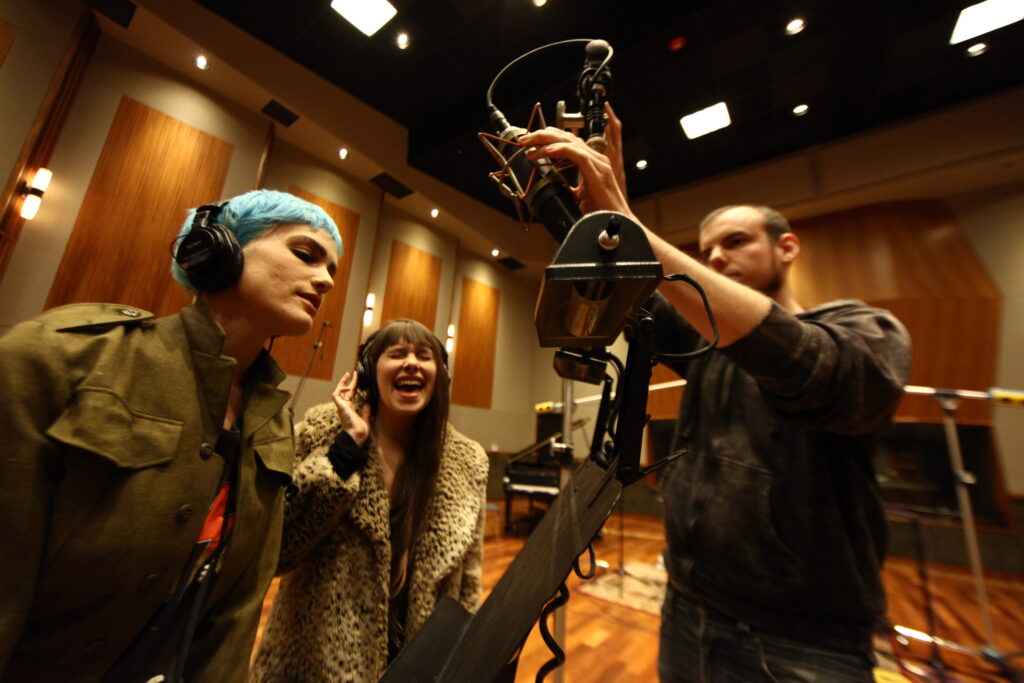 If you love music, and if you love the idea of working in a recording studio, a career in recording might be just the thing for you. The recording industry is always in need of talented professionals who can help bring music from notes on a page to a thrilling recording that listeners all over the world can enjoy.

However, you might not be familiar with the specifics of the various roles within the industry. It’s much more complicated than just a singer and a mic. There are whole armies of people involved in making albums that the public just isn’t aware of. People who are highly trained craftsmen, skilled laborers, and thoughtful artists, in their own right.

Many musical acts work with producers, engineers, and session players to achieve the sounds that they’re striving for. You could be one of these people. You just have to put the time, effort, and willpower into it. Here are just a few possible careers in recording that you might consider:

The music producer essentially oversees every aspect of a recording. If you’re someone who has a strong personality, a driven and intelligent mind, and if you have a real sense of vision, this could be a great fit for you. The producer is the lifeblood of any recording process. They’re the person that’s dictating the tone, style, and approach to the artist’s ideas.

On the music side, they are the primary point of contact. They’re working with musicians to bring out their best work, collaborating with the audio engineer during tracking and mixing, and sometimes participating directly in the process by writing songs and laying down tracks. They’re the engine of creation. They are the singular force that dictates how the work is produced, the means by which it’s being created, and, most importantly, when it’s finished.

On the business side, having the title of producer means working within the budget, hiring the studio and session musicians, and having an eye for up and coming talent. Music producers can become as famous as the artists they produce–names like Quincy Jones, Rick Rubin, Timbaland, Butch Vig, Pharrell, Berry Gordy, and the notorious Phil Spector come to mind.

The audio engineer is the magician behind the controls in the recording studio. This person is responsible for capturing and manipulating the sounds generated in the studio. Their goal is to create an ideal recording. That’s what they’re primarily focused on.

If you’re a highly technical and detail-oriented person, this could be a great fit for you. You’ll be working with technology and people all day long. So, you’ll be getting the best of both worlds, on that front. The audio engineer has mastered the principles of microphone placement, signal flow, signal processing, recording, and mixing.

They work with both the producer and the artists to achieve the desired sound on a record. Many audio engineers master certain tricks of the trade to develop their own “signature sound” that places them in high demand. For that reason, an audio engineer is part artist, part technician, and of course, part magician.

Some audio engineers are particularly good at “fine-tuning” a recording once the initial tracking and mixing have been done. These people are beyond detail-oriented. They have superhuman levels of focus and attention. They pick up and remember the smallest things. They’re the type of people that remember what you did three summers ago when you went to the beach that one time.

They’re the type that thrives off of making minor decisions that accumulate and alter the entirety of the finished product.  A mastering engineer specializes in tweaking the final mix on specific songs to optimize them for broadcast and commercial sale, and also balancing the final mix of an entire album.

Nowadays, more and more artists in the pop and hip-hop genres are looking for professionally designed original drum loops and beats for their recordings. This allows them to have sounds that are unique to them. It allows them to build out a soundscape that increases their brand.

A beat maker specializes in creating these sounds and rhythms, working extensively in the MIDI environment, using samplers, synths, and drum machines to create danceable or catchy grooves to underlay the artists’ songs. Beat makers are people who like to work by themselves, building their beats, and then bring it to the artist and say, “what do you think?”

They’re the type of people who is an ecosystem all their own. They might like people but they thrive while working on things by themselves. Yes, you’re always going to have to collaborate with people, but as a beat maker, you’re probably going to be more of an individual practicing your craft, than the other roles on this list.

This person is in charge of running the actual studio, scheduling studio time, hiring and overseeing the staff engineers, and making sure the facilities are always in top condition. A studio manager understands the business and marketing aspects of the studio, as well as the technical side.

A studio manager must also be a “people person,” a diplomat able to strike a balance between satisfying artistic egos and maintaining a responsible and professional working environment. If you enjoy the business aspects of the music industry and know how to work with a variety of people, this might be a great career for you.

If you love to play music and prefer the musical side of recording, you might really enjoy becoming a session musician. Can you sight read? Do you have perfect pitch? Are you someone who’s always been able to pick up an instrument and play the first thing that popped into your head?

These are skills that might be telling you you’d be a good session musician. These are the people the studios call on to become part of the “band” backing the recording artist in the studio. A good session player is extremely skilled on his/her instrument, has a really good ear and/or the ability to sight read, can pick up the gist of a song within the first couple of listens, and can lay down a quality track within a short amount of time.

Since great musicians are difficult to find, the best session players frequently find themselves in high demand. Ultimately, it’s important to think about what your skills are, what you want in life, and what makes you happy. These factors will determine which career path is best for you.