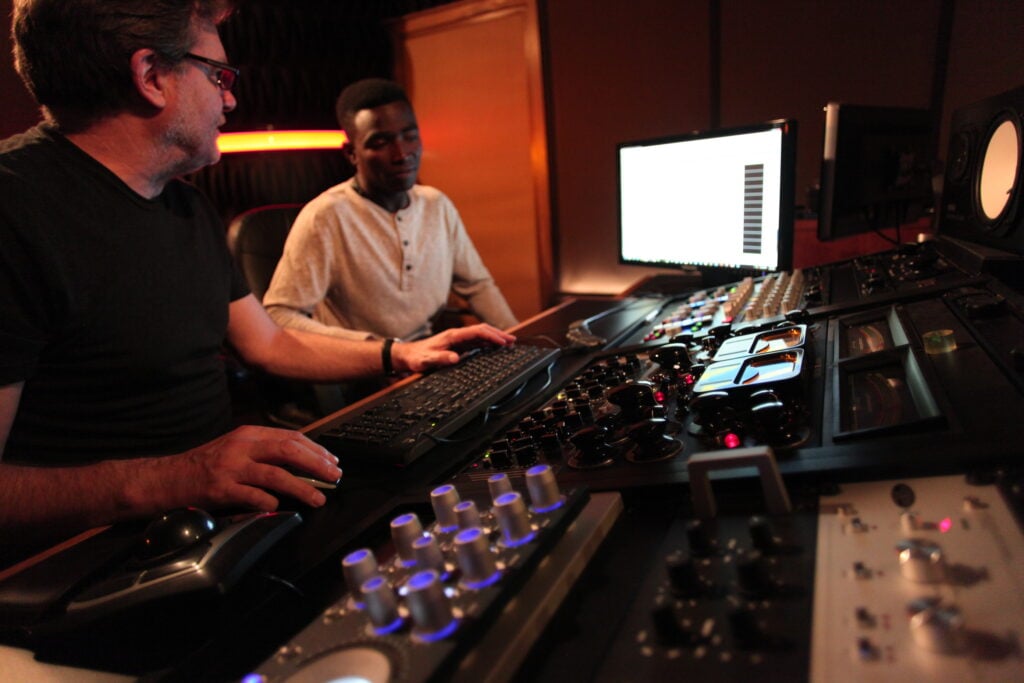 DO YOU NEED TO LEARN LOGIC PRO TO WORK IN AUDIO?

In the early days of your career you might find yourself asking the question, “Should I learn Logic Pro?” The answer is, “No, but depending on what you want to do with your career it could help.”  The digital audio workstation (DAW) that acts as a fully functional recording studio on your computer, Logic Pro,  is a software program similar to Pro Tools. It can handle all the basic functions of recording, from capturing audio to signal processing to mixing. The question is, how necessary is it to learn Logic Pro? Or for that matter, would you be better off just learning Pro Tools?

Like most things in life, it actually isn’t a question of either/or. Pro Tools is considered the industry standard in recording studios. It’s important for any aspiring audio professional to know how to use it. But there are some musicians, producers and audio professionals who use Logic Pro as a matter of personal preference. So, depending on your needs it might be helpful to learn this program in addition to Pro Tools. It might give you a boost in the right social circles. Some genres of music operate more heavily in the Logic Pro arena than others. So, it’s kind of up to the individual to decide if that would truly be helpful. And if it is, then go for it.

Initially, the biggest difference between Logic and Pro Tools was that Logic is designed exclusively for Mac computers, while Pro Tools works with either PC or Mac. However, Logic Pro has been recently redesigned (beginning with Logic Pro X) to include a large on-board library of sounds, effects, and even “virtual drummers” that Pro Tools doesn’t offer, allowing users to record and mix everything “in the box” without additional plug-ins. This has made Logic Pro an especially attractive program for composers, songwriters and electronic musicians who prefer a MIDI environment. And because Logic can also record and mix external audio similarly to Pro Tools, there are many users who see no reason to use Pro Tools at all.

That being said, Logic Pro is still limited to the Mac platform, and Pro Tools is still widely used in most professional recording studios, so up-and-coming audio engineers should still make learning Pro Tools the priority. However, here are some instances in which it would also be wise to learn Logic:

So, ultimately, you don’t have to learn Logic Pro in order to work in professional audio. However, there are certainly a number of reasons why you might want to learn Logic in addition to Pro Tools. If you’re interested in mastering Logic Pro, the Recording Connection can place you with a mentor who uses it in the studio and who can teach you the ropes.

Learning Logic for a Career in Music

That’s the biggest question most people struggle with when they’re starting out in the recording industry. How to learn the right ropes. How to find the best way into a situation. How to make your skills truly stand out and become undeniable. When you’re finding your footing it’s absolutely imperative that you have a solid connections base that can steer you towards success. The Recording Connection has a simple premise. We believe that going to school and learning the theoretical way the industry works isn’t as helpful or meaningful as going into an actual recording studio and learning how the industry really works.

That’s why we pair students, young up-and-coming would-be recording industry professionals with established prose. They mentor you through the process of learning the trade of being an engineer and producer. They pair you with clients, help you navigate the way things work, and show you the ropes. They enable you to really get your feet wet. You’re learning on-the-job. You’re not sitting in a classroom waiting for a potential gig someday, you’re actually recording audio, making music, and putting the hours in.